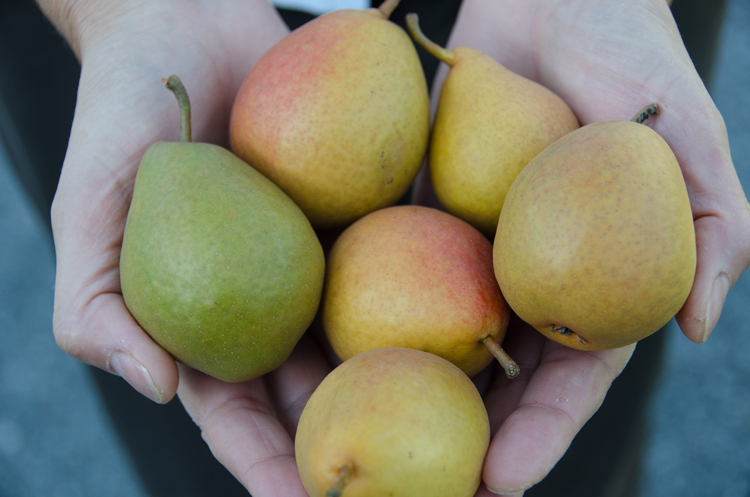 Friends and families from Germany have often remarked that rural northeast Pennsylvania where I live looks just like Germany, and they jokingly ask me, “Doesn’t it sometimes feel like you’ve never left?”

The answer is yes, … and no. In my more than 20 years in America, I have experienced America as a country that is very different from my native Germany in many aspects but I have also found a lot of common ground between the two countries.

Showcasing and exploring how closely Germany and the United States are linked together through deep historical ties and shared values is what The Year of German-American Friendship (“Deutschlandjahr USA”) is all about. And I am excited that Spoonfuls of Germany was chosen as one of 200 partners participating in this major initiative.

During Deutschlandjahr USA with its motto “Wunderbar Together,” my blog will focus on German food culture in the United States, tracing its German origins, how it evolved, and profiling the people behind the food. Because I live in an area with a strong historic German roots and influence, there is already a lot to discover for me close to home, such as Seckel pears.

I fell in love with those adorable pears the first time I spotted them at a local farm stand. With a length of only 3 inches (7.5 cm) Seckel pears are the smallest of all the commercially produced pears. Because of their sweet flavor, they are also called Sugar Pears or Candy Pears. When picked, Seckel pears are green, and as they ripen, they get a yellow tint with a reddish blush. Seckel pears are only available for a few weeks in the early fall so you need to snap them up when you can.

Seckel pears are generally considered the only true American pear variety. However, where they originated and for whom they were named is not clear. The most frequently quoted and, in my view, most plausible account seems to be that they were discovered in Philadelphia in the late eighteenth century by Lawrence Seckel, the descendant of a German immigrant.

Lawrence was the son of Georg (Jurg) David Seckel, who was born around 1712 in Schwäbisch Hall and worked as a butcher in Philadelphia. Lawrence became a wine merchant, and a member of the Pennsylvania House of Representatives during the 1794-1795 session. In 1777 he acquired 15 acres for his country home in then rural South Philadelphia known as “The Neck”. It was on that property that Lawrence Seckel is said to have discovered the tree. The Library of Congress has a photo from 1885 of the “original Seckel pear tree.”

The following story about the discovery of the tree, as it was told in the November 1891 issue of The Youth’s Companion, a popular American children’s magazine, might have some fiction mixed into it. Nonetheless it is a charming account:

“Five miles from Philadelphia, at the confluence of the Delaware and Schuylkill Rivers, there is a fine old place, once known as the Lawrence Seckel estate (….) Not many years ago there was still standing in a corner of the grounds an old pear tree—a very patriarch among the trees, and the most celebrated of them all. For more than a half-century the fruit of this tree was not tasted.

No one thought of eating the insignificant pears, not much larger than marbles, and the tree was contemned as worthless, while its fruit rotted on the ground or was eaten by cows or goats. (…) How it came there and who planted it, no one knew (…) The pear tree being in a sense an ancient landmark, was allowed to stand although the owner had it in mind to cut it down some time.

One afternoon in early fall, Mr. Seckel was returning from a long walk and changed to past beneath the worthless tree. He stood for a minute resting in its shade. Suddenly a pear dropped, struck him upon the head, from which he had removed his hat, and rolled into his open palm. Half-automatically he fumbled the fruit between his fingers, and was in the act of throwing it away, when it occurred to him to bite it.

“Ah, the flavor of that pear!” Mr. Seckel used to say, in telling the incident. “I had thought myself a connoisseur in pears, but I had never tasted the equal of that aforetime despised little fruit.”

Thus was the Seckel pear discovered. That year the pears were not left to rot on the ground or to feed cows and goats. They become the favorite on Mr. Seckel’s table. Scions from the tree were soon in demand, and the Seckel pear has now become a favorite.”

So the Seckel pear story goes.

From then on, the Seckel pear acquired quite a following. Thomas Jefferson planted a Seckel pear tree at Monticello in 1807, and he said that this variety “exceeded anything I have tasted since I left France, and equals any pear I had seen there.”

By happy coincidence Todd Smith, the owner of my favorite local orchard where I buy Seckel pears, is the grandson of a man who immigrated from Neuffen in the Swabian Jura (Schwäbische Alb), about 80 miles from the city where the father of Lawrence Seckel came from.

Aside from a few curse words, Todd did not learn much German from his mother, but he did grow up with homemade spaetzle, German potato salad with vinegar, oil and parsley, and filled noodles on Maundy Thursday, the Thursday before Easter. 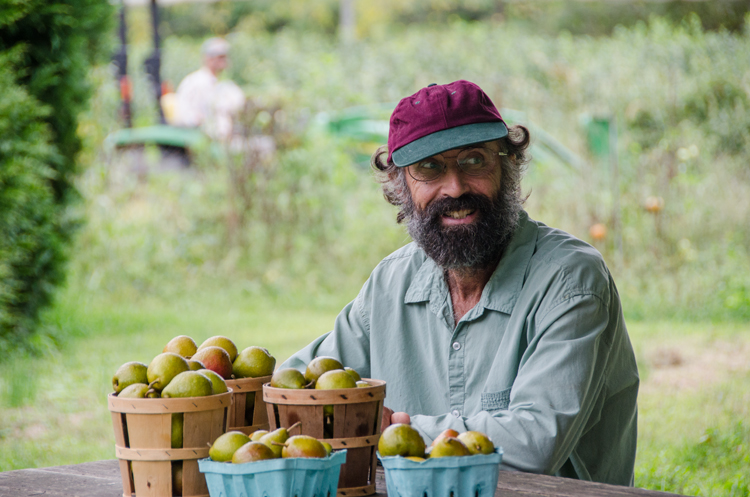 More than 90 years after Todd’s grandfather left for America, the families on both side of the Atlantic Ocean are still in touch. Todd has visited Neuffen three times with his family, the first time in 1980. His family from Germany has also visited them in the Pennsylvania.

Todd says he planted the six Seckel pear trees at County Line Orchard more or less by chance 15 years ago when there was space at the end of a row.

Seckel pears are small enough to fit half a dozen in your cupped hands yet for me they are big in taste and impact. Under their beautiful skin they not only pack delicious flavor; they also carry DNA strands of German immigration history in America. 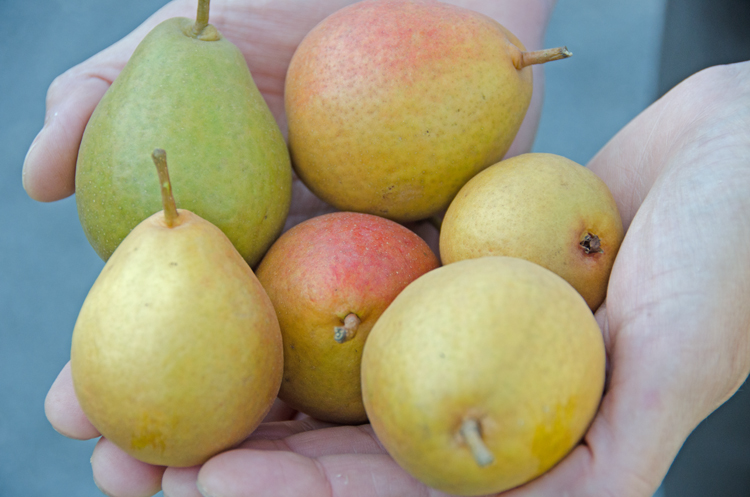