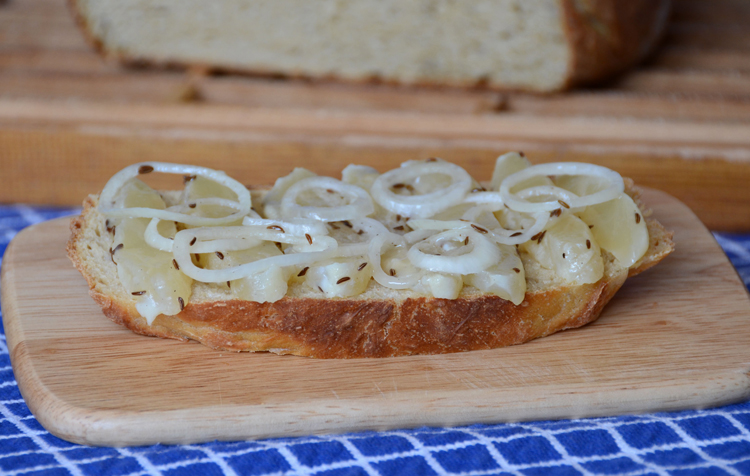 I was born in Frankfurt and spent the first 18 years of my life there. But, I never quite identified with the city as my hometown. My parents were both transplants from somewhere else. Except for the ubiquitous Frankfurter sausages, I rarely ate typical Frankfurt foods growing up. Some of them I even dreaded, in particular Handkäse, the pungent sour milk cheese usually marinated with oil, vinegar, onions and caraway.

Frankfurt’s signature drink, Apfelwein (apple wine), was a different story. My parents always had a case in the basement. It would have never occurred to me to refer to it in Frankfurt vernacular as Äppelwoi or Stöffche. In that respect, I always remained an outsider. I learned foreign languages without much difficulty but was never able to pronounce a single sentence in authentic Frankfurt or Hessian dialect.

Unlike French Cidre, Apfelwein is always tart, and it comes in two basic varieties: clear and cloudy. Mixed with seltzer water, it makes a super refreshing drink called Gespritzer. Diluted like this it seemed harmless enough for a teenager. It depends how much you drink! I recall more than one bike ride with my friend Carmen when we both wondered how the other one was able hold on to her seat.

From the distance, and over time, I have come to realize that Frankfurt is the city in Germany where I have the most roots, despite my parents moving away many years ago, which means no more cases of apple wine in the basement when I visit.

The two Frankfurt foods at the top of my list are Bethmännchen, marzipan candy decorated with three almond halves, and Grüne Soße, Frankfurt’s famous seven-herb sauce. I make Bethmännchen year-round, not only at Christmastime. I started growing sorrel in my garden mainly for Grüne Soße. 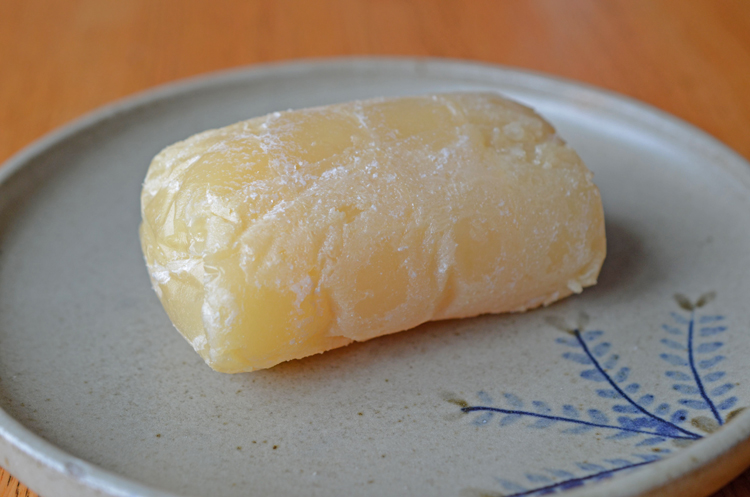 The Frankfurt specialty that took me the longest to long for was Handkäse. A few years ago, I found myself ordering Handkäse with apple wine at an apple wine tavern in Frankfurt, and actually liking it.

Eating Handkäse is now one of my rituals at every visit to Frankfurt, just like a tour of my favorite places: the indoor market Kleinmarkthalle, the Eiserner Steg footbridge over the Main, Metzlerpark with its ancient trees, next to Richard Meier’s fabulous light-saturated Museum für angewandte Kunst (Museum for Applied Arts). And the last stop, always: Willemerhäuschen, a classicistic tower-like garden house built in the early 19th century. Poet Johann Wolfgang von Goethe had a supposedly romantic encounter here with the wife of the owner, Marianne von Willemer. Willemerhäuschen was on my way to elementary school and I always imagined how cool it would be to live there.

I am not quite not sure why Frankfurt was on my mind so much lately, I suppose because the winter here at the East Coast was extremely long, snowy and cold. When it was finally over, the first stanza of the “Easter Walk” from Goethe’s Faust, which I studied extensively in high school, reverbated in my head – the lines about the stream and brook being freed from ice “by the spring’s enlivening, lovely look” and “the valley’s green with joys of hope”.

My Frankfurt nostalgia got to the point where I felt like having Handkäse at home. I was able to procure two real imported Handkäse from New York City. Marinated and on wholesome homemade bread and butter, they were very tasty (and much less smelly than I expected). For full disclosure: I always leave the onions behind because I do not like them raw, I just like the faint onion taste from the marinade.

Handkäse of course must be paired with Apfelwein. That’s where I reached the end of the line. There is, alas, no Apfelwein in the United States. Though I do have a Bembel, the typical blue-grey earthenware jug from which Apfelwein is poured.

I put it on the dinner table with the Handkäse anyway.

17 thoughts on “Hungry for Handkäse”

Sunday baking: Pumpkin Seed Bread (recipe is on my blog, Spoonfuls of Germany) and Zucchini Cake based on a recipe by @palestineonaplate in @aramcoworld with walnuts instead of pistachios, bolted spelt flour, and baked in a loaf pan.