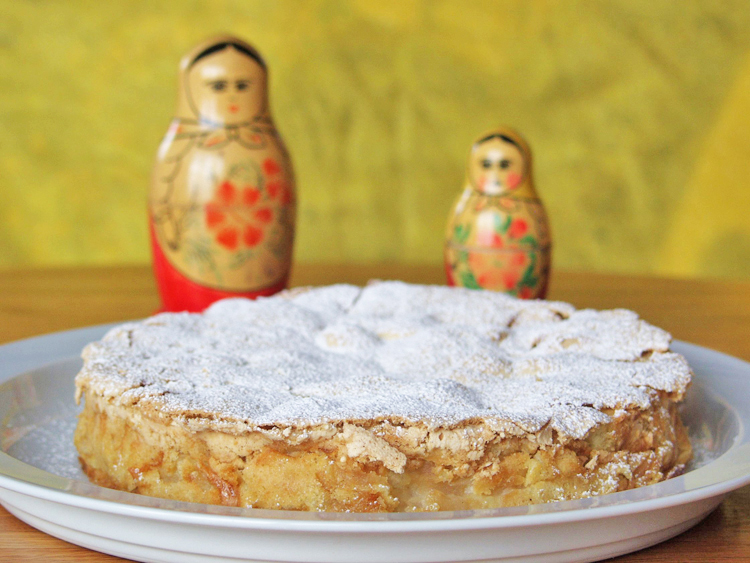 My grandfather was born 102 years ago last Tuesday. The exact location and date of his death are unknown. He was a soldier in the 6th German army that fought in the Battle of Stalingrad, the bloodiest battle of the Second World War.

I knew from a very young age that my grandfather had gone “missing in action in Stalingrad” and repeated those words back to my buddies whenever there was talk about grandfathers. Yet the words did not have any terrifying ring to me until much later. As a kid I thought my grandfather was still living somewhere in Russia, wearing a Cossack shirt. I imagined one day he would just pop up again at my grandmother’s kitchen table eating apple pie, bringing with him a balalaika and maybe another Matryoshka doll for me because I had lost a piece of my set.

Of course as a child I would have loved to have a grandfather who sat me on his knees and told me stories and did all the other things that grandfathers do with their grandchildren. But I really missed not having my grandfather when I started to learn about German history and could not ask him all the burning questions that I have had ever since I was a teenager: What were you doing in the Third Reich? Did you really not realize what was going on? Why did you go to war for that atrocious regime? And why didn’t you do anything, something, why?!? But I am afraid the answer could have very likely been silence. Probably I would not have even dared to ask. Just like with my grandmother who survived her husband by 62 years, talking about the time between 1933 and 1945 was an unspoken taboo. The one or two occasions when I remember her mentioning my grandfather was in connection with him bringing home game birds from hunting for her to clean and cook.

My grandfather had no Nazi party affiliation and was not a member of any of the murderous task forces that followed in the path of the German invasion of Russia. He was just a plain soldier but it is now known that the German army at the eastern front was also involved in the annihilation of Jews, prisoners of war and civilians, so I have often wondered what my grandfather did during the war. Even if he did not personally partake in war crimes, he must have witnessed them or at least he knew about them – like so many others. He might have followed orders, or looked the other way, or kept quiet because he had three small children and a wife at home – like so many others.

I don’t know what I would have done had I been in my grandfather’s or grandmother’s shoes. Over and over I have asked myself whether I would have had the courage to resist in a totalitarian system, risking the lives of my family members and my own life. This always led me to the question, why did they even let it get that far? It is a vicious circle of questions.

In deep winter when we are surrounded by snow and ice but cozy and comfortable inside, there are moments when I think of my grandfather with a shudder: how he must have spent his last days in the winter of 1942/43 in that destroyed city, with death and starvation everywhere.

That was almost 70 years ago. I have finally accepted that I will never be able to fully wrap my head around Germany’s most somber historic chapter, of which my grandfather was a part. I have eventually put my questions to him to rest and so I made a Russian apple cake for his birthday this week (Apple Sharlotka from smitten kitchen).

10 thoughts on “A cake for my grandfather”