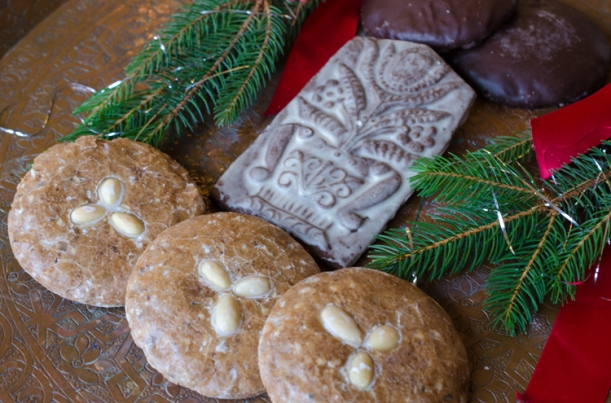 German food, I wrote in the introduction to my German cookbook 15 years ago and keep repeating, is the Cinderella of world cuisines – overshadowed by her pretty sisters, looked down upon and underrated. But come along Christmas season, it’s payback time. Even people who usually turn up their nose at German food are charmed by German Christmas traditions. “German” Christmas markets spring up everywhere in the United States, and I have not seen anyone who does not delight in a plate of Christmas stollen, lebkuchen and other German Christmas goodies.

For The Year of German-American Friendship, I want to introduce you to Ryan Berley of Shane Confectionery, and Sandy Lee of Leckerlee, two American entrepreneurs who are following in the footsteps of German gingerbread tradition, each in their own, special way. What comes out of their ovens in New York City and Philadelphia is unlike the other, but each equally top-notch and delicious. END_OF_DOCUMENT_TOKEN_TO_BE_REPLACED 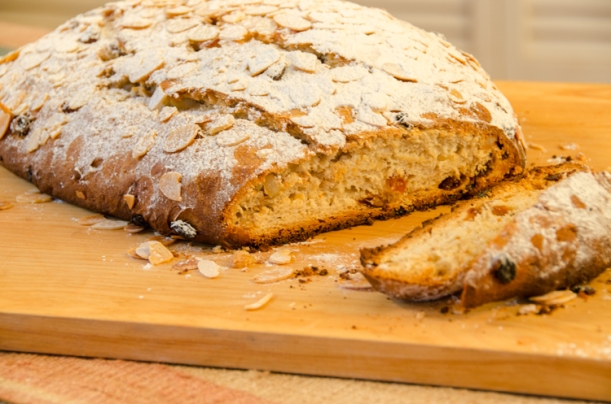 It was butter that made the city of Dresden the home of Germany’s most famous edible Christmas tradition. In 1491 Pope Innocent VIII gave in to the request of the Saxonian rulers to lift the ban on dairy products during the days of fasting. After he sent the legendary Butterbrief (“Butter Letter”) the bakers in Dresden started to use butter in their Stollen, and the sweet bread that we know today was born.

I love a good Stollen and frankly, in the time leading up to Christmas, I could eat it every day – if only it was a little less rich. END_OF_DOCUMENT_TOKEN_TO_BE_REPLACED

We had several inches of snow at Thanksgiving. Our house with its lit windows created a winter wonderland look – like the gingerbread house in Hänsel and Gretel. It put me in the mood to make a gingerbread house.

As I looked through recipes and assembled ingredients and patterns, it hit me that I do not know much about the origin of the gingerbread house tradition. I vaguely recalled a witch’s gingerbread house as the crime scene in Hänsel and Gretel, a fairytale by the Grimm Brothers. END_OF_DOCUMENT_TOKEN_TO_BE_REPLACED