We had several inches of snow at Thanksgiving. Our house with its lit windows created a winter wonderland look – like the gingerbread house in Hänsel and Gretel. It put me in the mood to make a gingerbread house.

As I looked through recipes and assembled ingredients and patterns, it hit me that I do not know much about the origin of the gingerbread house tradition. I vaguely recalled a witch’s gingerbread house as the crime scene in Hänsel and Gretel, a fairytale by the Grimm Brothers.

When I looked into it, I came across an article in the German news magazine Der Spiegel from July 1964. That article says, in the summer of 1962, the German high-school teacher Georg Ossegg, an amateur archeologist, found the remains of a woman in the remote woods of the Spessart mountains. Ossegg determined the woman had been killed, and then burned in an oven. Not far from the site, he found an iron box with baking utensils and a handwritten gingerbread recipe.

Ossegg claimed the woman was Katharina Schrader, a gingerbread baker in the mid-17th century. According to what he pieced together from archives and forensic studies, Katharina had learned the trade in a monastery from where she also obtained her “secret” gingerbread recipe.

Katharina sold her gingerbread at the Nuremberg market, and with such success that it drew not only lots of customers, but also the envy of another baker, Hans Metzler. In 1647 he denounced Katharina as a witch. Thanks to her prominent connections she was let go. Katharina relocated to a remote area in the Spessart where Metzler, accompanied by his younger sister Grete, hunted her down. They killed her and burned her in one of Katharina’s own ovens. However, the Metzler siblings did not find the gingerbread recipe they had come for. 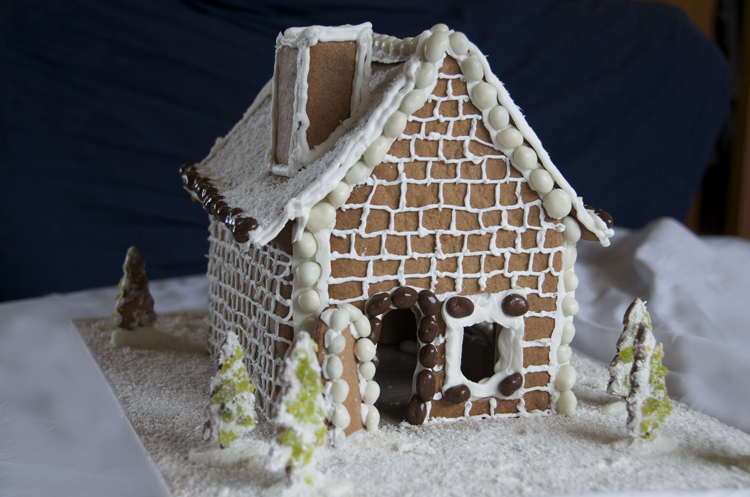 Based on Georg Ossegg’s findings, a book entitled The Truth about Hänsel and Gretel – The Documentation of the Fairytale by the Grimm Brothers (Die Wahrheit über Hänsel und Gretel – Die Dokumentation des Märchens der Brüder Grimm) was published by Hans Traxler – just in time for the Grimm Brothers’ centennial in 1963. The book included photos, maps, and drawings of the site. It created quite a sensation that the Grimm Brothers, who were the German storytellers of the 19th century, allegedly based one of their most popular stories on a heinous crime.

Georg Ossegg did not get a chance to enjoy his new fame because he simply did not exist. Like the whole story about the murder out of gingerbread greed, Ossegg was an invention of Hans Traxler, a German caricaturist and satirical writer. Traxler wanted to parody the fashionable pseudo-archeological books of the time. Der Spiegel reported that Traxler admitted he had scavenged the baking utensils from his daughter’s dollhouse kitchen, and had hand-copied the gingerbread recipe from the classic Dr. Oetker cookbook!

This story behind the story kept me chuckling while I made my gingerbread house.

For full disclosure: I wanted the gingerbread house to look as natural as possible without any artificially colored candy. As decoration I used only icing made of confectioners’ sugar and egg whites, chocolate-covered and yogurt-covered raisins, chopped dried kiwis for the trees, and unsweetened organic coconut flakes for the snow.

My husband, who took the photos as always, snuck a bottlecap into the picture. I objected first but he insisted, saying it shows the scale of the gingerbread house. This technique goes back to the days when he started out as an archeological photographer. I could tell how big that gingerbread house is from the soreness of my hand after piping all that icing but now I also have a visual proof of it. 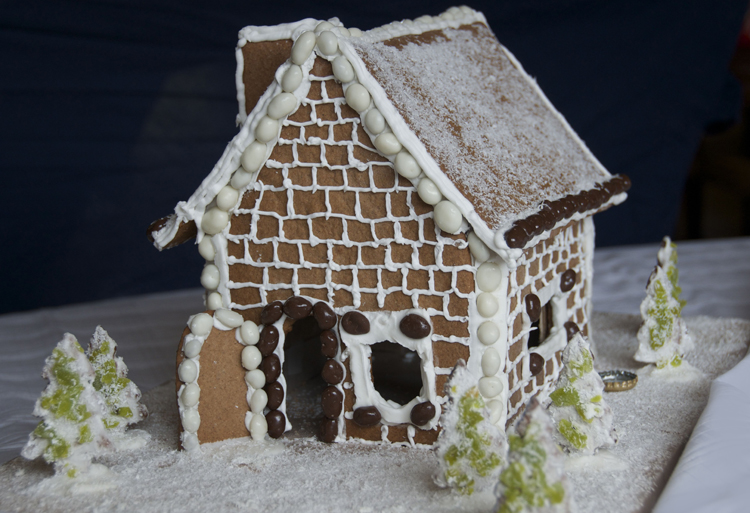 17 thoughts on “The truth about Hänsel and Gretel”

To all the gardeners and hummus fans: Give edamame hummus a try, it is fabulous from homegrown edamame beans, I like it even better than the classic chickpea hummus. I am growing Sayamusume from @territorialseedcompany, very easy to grow and great for freezing, that’s why I can make this hummus when there’s almost three feet of snow on the ground. You can find my recipe on allrecipes.com, search for “edamame hummus”