In a recent podcast with my friend and fellow blogger from Phoebe’s Pure Food I talked about the diversity of German cuisine as opposed to the common stereotype of sausage, sauerkraut and beer. Phoebe asked me whether there is a condiment that’s used all over the Germany. I had to think hard for a moment, then I said, “Vanilla sugar”.

Vanilla sugar is ubiquitous in German baking and desserts. It comes in two variations: Vanillinzucker, which is sugar flavored with synthesized vanillin, an aromatic substance derived from conifers, and Vanillezucker, the real thing, which contains vanilla beans and is sold as Vanillezucker or Bourbonvanillezucker in Germany.

In my book I was reluctant to use vanilla sugar because it is not widely available in the United States. Fortunately, in many baking recipes it can be substituted with vanilla extract.

But German desserts are a different matter. Using vanilla extract is just not the same. There is nothing like a homemade vanilla sauce or pudding with little specks of real vanilla in it. Vanilla pudding and vanilla sauce are the sweet staples of German desserts. Red fruit pudding (Rote Grütze) or Baked Apples (Bratäpfel) without vanilla sauce? Unthinkable. 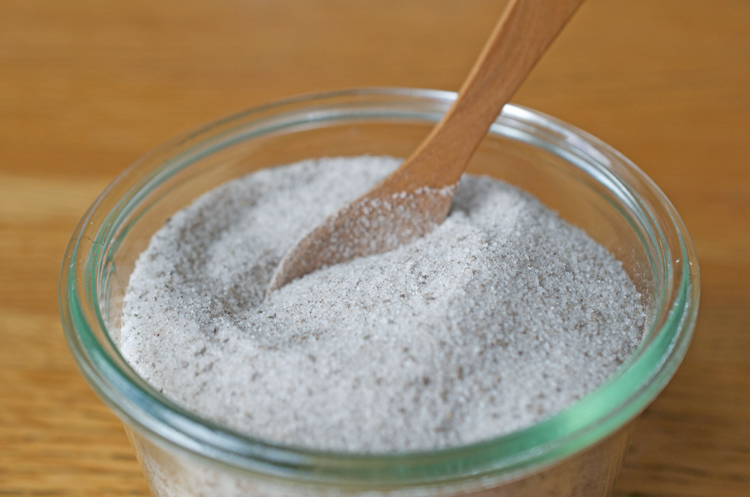 It is quick and simple to make your own intensely flavored vanilla sugar with ground vanilla and sugar. And, if like me you are using lots of vanilla sugar, it is much more economical than store-bought products.

Back when I was still living in Germany, I always reached for Vanillepudding or Vanillesoße sachets from the supermarket. In the United States, out of necessity, I started making both from scratch, turning a handicap into an advantage, or, as you say in German, “aus der Not eine Tugend gemacht” – no artificial ingredients nor additives, just milk, organic cornstarch, vanilla, and a moderate amount of sugar. 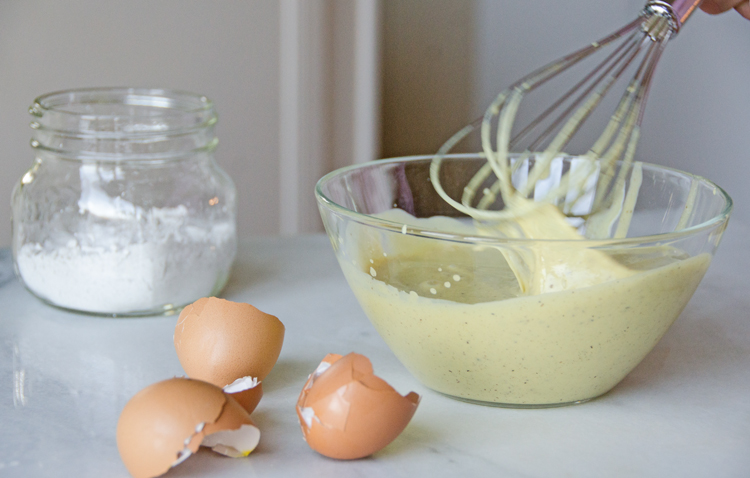 I usually make vanilla pudding and vanilla sauce with a whole vanilla bean, splitting the bean in half to scrape out the seeds, and heating it with the milk. A few weeks ago I came across a recipe by the German food blogger brotbackliebeundmehr who makes her own vanilla pudding powder. I adapted her formula but just like for my vanilla sugar, I used ground vanilla instead of whole beans. At first I was a bit reluctant to add turmeric for color but just a tiny pinch won’t affect the flavor, and it gives the pudding a nice yellow tint.

There will be chunky apple sauce with vanilla sauce for dessert tonight. Did I say before that I love vanilla pudding and vanilla sauce?

1. Put the vanilla bean powder and the sugar in the food processor and process until the sugar is fragrant and has a light tan color. Make sure to insert the food processor pusher into the tube, or cover the opening with a piece of paper towel, and stand back so you won’t inhale the fine dust.

2. Store in an airtight container away from direct sunlight. The vanilla sugar keeps for two years or more.

Vanilla beans keep almost indefinitely but cornstarch has a best by date so check your cornstarch package and make a note of the expiration date.

2. Store in an airtight container away from direct sunlight. 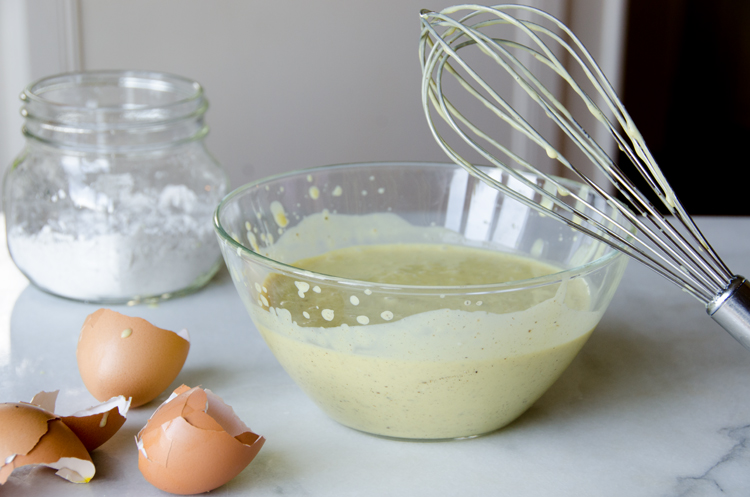 Adapted from my book Spoonfuls of Germany

1. In a small bowl, stir the egg yolks with the sugar and the vanilla pudding & sauce mix until smooth.

2. Heat the milk with a pinch of turmeric in a saucepan to the point of almost boiling. Strain through a fine sieve and return the milk to the pan. If omitting the turmeric, no need to strain the milk.

3. Quickly stir in the pudding mix and return the pan to the heat. Cook over low heat for a couple of minutes until the sauce thickens, whisking constantly. Make sure that the sauce does not boil vigorously, or the eggs will curd. Remove from the heat and pour in a heatproof bowl.

4. To prevent the pudding from forming a skin, place a piece of cling wrap directly on top. Alternatively, let the pudding cool while stirring often, and blend it briefly with an immersion blender to smoothen it.

5. Refrigerate until well chilled. Whisk the pudding well before serving and add a bit of milk or heavy cream for extra smoothness.

2 to 3 tablespoons sugar, to taste

2 thoughts on “German food basics: How to make vanilla sugar, vanilla pudding and and vanilla sauce”