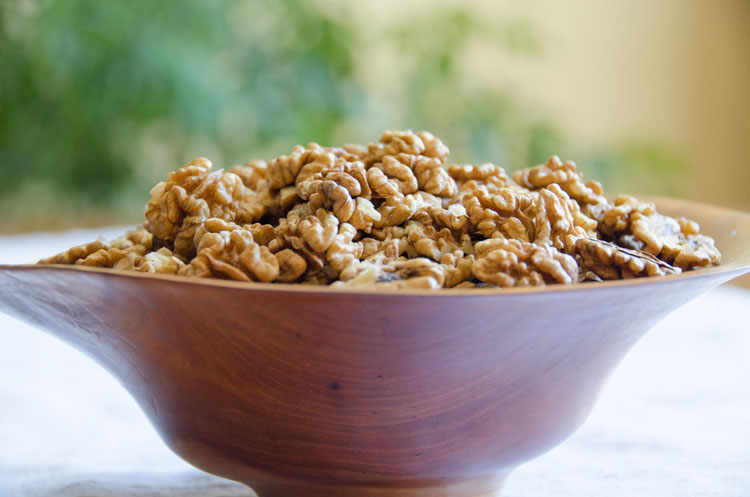 I don’t remember the last time I connected with a piece of writing the way I do with Irina Dumitrescu’s “My Father and the Wine,” which has been selected for The Best American Essays 2016 and nominated for the MFK Fisher Distinguished Writing Award from the James Beard Foundation. Irina emigrated from Ceaușescu’s Communist Romania to Canada with her parents in the mid-1980s and now lives in Germany and teaches at the University of Bonn, which happens to be my alma mater. In “My Father and the Wine” she tells the story of her father’s obsession with making his own wine and liquor, yogurt by the gallon, and buying meat by the animal.

Reading her essay I oscillated between being awe-stricken how the sentences hit, like darts into the bull’s eye, my own experiences, and flinching because for the most part, these memories are upsetting.

My father, who came to Germany from Tunisia in the early 1960s, did not make his own wine although the scope of his food obsession easily matches Irina’s father’s.

When I was a child growing up in Frankfurt, we had a large vegetable garden plot outside the city within walking distance of our apartment. The garden was where my father spent every free minute. I only understood later that this was his escape. Those were the days when any foreigner from south of the Alps was automatically classified as a Gastarbeiter (guest worker) by most Germans, regardless of his education. And treated, as my father often acidly remarked, not as a guest but as a lowly worker. That was about the only thing my father ever said about the subject. He must have encountered his share of discrimination at the workplace and elsewhere. He never talked about it. 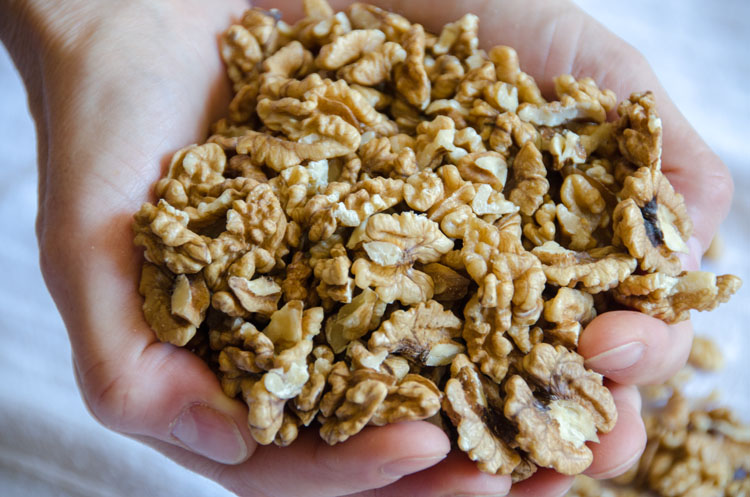 The garden produced much more than our small family of three could eat. Unlike in Irina’s childhood, where there was a “diasporic togetherness,” an “element of community (…) because you made massive amounts of food and drink partly so you could serve it to other Romanians at parties,” my father did not mingle with his fellow countrymen. There was no extended family nearby, my mother’s family lived 400 kilometers to the north, and my parents rarely entertained. My father made it clear to his family in Tunisia that they were not welcome. They stayed away. The image of several generations crowded around a big table, loud and cheerful, passing around plates loaded with Mediterranean food, is something I associate with movies like My Big Fat Greek Wedding and Olive Garden TV commercials, not with my own family.

In my father’s case, food production took place in a social limbo. He did have one unlikely ally though: my maternal grandmother. She had her own food obsession; hers was the compulsive need to avoid waste, which was common in her wartime generation. My father’s tendency to overproduce and my grandmother’s determination to save the tiniest scrap made them quite a pair. It wasn’t just the bounty from my father’s garden that the two of them spent hours processing together. One hot August day during a summer vacation in Italy in particular sticks in my mind when my grandmother and my father did not go to the beach with my mother and me and instead cooked oxtails that they had found for a bargain at the village butcher.

On our summer vacations my father never passed on an opportunity to get his hands on fresh ingredients and special foods, heading to the port at daybreak to buy seafood straight off the boat from fishermen in Normandy, or hunting down air-dried prisuttu in Corsica (and bringing a whole ham back to Germany). From his business trips to northern Spain he often returned with a second suitcase, filled with seafood he had bought at the last minute at the fish market in San Sebastian. He packed the fish and seafood in ice that would last just long enough until his airplane landed in Frankfurt. I give my father credit for instilling in me the appreciation for fresh local ingredients. 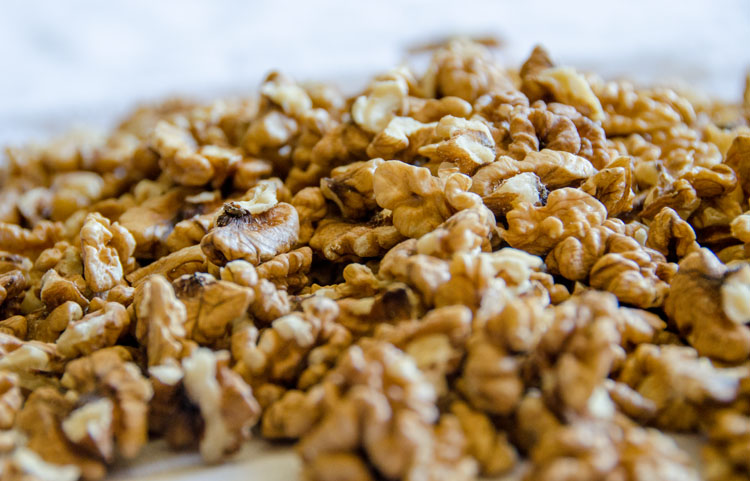 Things started to get out of hand when my parents moved away from the city and bought a farm about an hour outside of Frankfurt. The 80-year-old farmhouse was never quite modernized completely, projects and repairs went on forever and never ended. It made me feel unsettled. My father raised Galloway cattle, Mangalica pigs, lambs, and chickens, and, oddly, Trakehner horses. He had the butcher in the next village do the butchering. It was all a tremendous and costly undertaking.

“Few normal families buy at retail the amount of wine we produced in a year, so it was hard to be convinced of the great savings involved. We would have simply drunk less,” Irina writes. My parents also could have bought the finest organic meat and charcuterie and gorge on it every day and it still would have cost only a fraction. And, certainly, they could have simply eaten less.

The money and resources that should have gone into my parents’ retirement cushion went into breeding animals. The stubbornness with which Irina’s father pursued winemaking – “Wine became more and more of a burden on our family. Even when money was tight there was never a question of sitting out a year of wine production.” – I know that all too well.

I had long moved out and was not actively involved in all of this except for emergencies during my visits. Once, I helped catch a Galloway calf that had slipped underneath the fence and run away. Even when I was in my early thirties, I was still in the picture, if only through my mother’s complaints about the financial burden and the long list of chores and not enough help, including from my father, who was inconsistent in taking care of it all. The farm business was a constant source of tension and arguments between my parents.

Raising animals for meat was not the only thing my father did on an excessive scale. He also started making his own liquor, gallons and gallons of it. I did not see the point of it but like Irina, “I discovered to my surprise that I could impress the provost or an influential alumnus with an exotic bottle of homemade tuic˘a.” I took a bottle of liquor with me once in a while to give away as a gift. The people to whom I gave it always thought it was great, while for me it was just a source of annoyance. There was no point in getting into the topic and risk spoiling their pleasure, so I would just nod politely.

You would think that all of this would have cured me from ever wanting to produce any food myself. Oddly the opposite happened but only after I immigrated to America and met my husband, who was a widower with two young children. Not only did I have to find my place in a new country, now I also had to find my place in the vast and unknown terrain of parenting.

One of the things Irina learned from her father is, “That gardening and cooking and fermenting and decanting can give you, if not a home, then at least a feeling that you belong to yourself even if you’re not sure who exactly you are anymore.” My own experience could not be summed up better. My garden and my kitchen became my strongholds, the places where I felt the most comfortable and where I knew my way around. Every year I fill several shelves with jars of homemade jams, jellies and preserves and a large freezer chest with produce from the garden. By the next growing season, most of it has been eaten or given away to friends and family. 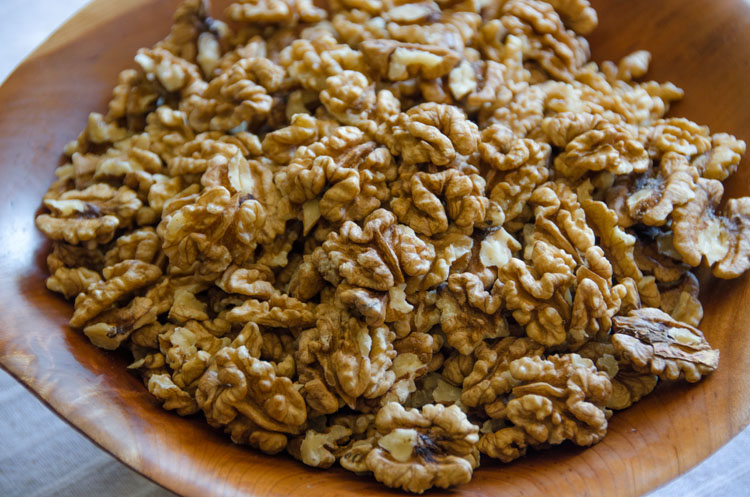 My parents do not live on the farm any longer, and the Galloways and lambs, thankfully, are long gone. My father meanwhile has not lost his obsession with producing excessive quantities of food. On my last trip to Germany, my mother was in rehab after surgery. The house was a mess, meanwhile there were 52 jars of lemon jelly on the dining room table because my father had found a great deal on lemons. “It’s a jar for every week of the year,” my father declared, “You should take some with you to America.” I snapped back at him that I have enough of my own jams and that I don’t need to lug this across the Atlantic, then I went on to do some house cleaning.

I also did not want any of my father’s liquor from the large glass jugs that are sitting in the basement. Instead I secretly bought a small bottle of Obstler (apple brandy) at the local farmers’ market to take back to America. Because just like Irina, I feared I could have ended up with a bottle that was one of my father’s weird concoctions: “This bottle, it turned out, was one of my father’s experiments, an infusion with orange peels that had taken on a powerful bitter note over the years. It was undrinkable.”

What I did take with me was a couple of bags of walnuts from the huge walnut tree in my parents’ backyard. My father, of course, wanted to give me a whole backpack full, I only had room for two pounds. He cracked and vacuum-sealed the walnuts for me. Back home in America, when I cut open the first bag, they released a wonderful deep nutty smell, and they might have been the freshest walnuts I have ever tasted. My husband agrees.

11 thoughts on “Wine and walnuts”