For his book Damascus: Taste of a City, German-Syrian writer Rafik Schami could not visit the city where he was born and spent the first 25 years of his life. He has lived in exile in Germany since 1971. To research his book, his sister Marie strolled thorough the Old City for him, collecting stories and recipes and relaying by telephone what she saw and heard.

Schami’s book is a charming way to learn about Damascus, and even a way for tourists to prepare for a visit. Twelve years after Damascus: Taste of a City was first published, however, the Syrian capital is associated with anything but leisurely walking tours. More than four million Syrians have followed Schami’s path and fled Syria since the beginning of the civil war in 2011. Most of the refugees live in camps in dire conditions in neighboring Lebanon, Turkey, Jordan and Iraq. The ones who make it alive across the Mediterranean Sea to Europe are the lucky ones. Most of them are heading for Germany, and Germany has so far taken in many more refugees than any other European country.

Now that it is the end of the summer, I have spent long evenings and weekends processing the bountiful harvest from my garden. All the while my thoughts kept circling around Syria, the thousands of refugees heading for Germany and how the country will handle hundreds of thousands more – not just the logistic side of it, but also integrating them into German society.

Many Germans have been wonderfully supportive, supplying water and food to refugees camping out for days in the summer heat in front of the registration office for asylum seekers in Berlin. Other Germans are taking refugees into their homes. There are countless private initiatives, big and small.

Sure, there will always be hick-ups of xenophobia and people who cannot wrap their mind around the fact that you don’t have to be ethnically German to be an integral part of German society. When I was still living in Germany, in the mid- 1990s, I attended a book reading by German-Iranian writer Said, who has lived in Germany since 1965.

After the reading, two questions from the audience upset me. One was about the translation of his work into German. It was obvious from Said’s presentation that he himself writes in German. The other question was, “In which language do you think?” These questions reminded me all too much of my own experience. In Germany I often received compliments for my accent-free German and was asked where I learned it (I owe my Arab name and my non-stereotypical-German looks to my father, a native from Tunisia).

But that was almost twenty years ago, and Germany has come a long way since then. Today Germany is a nation of immigrants where every fifth German resident has a foreign background. 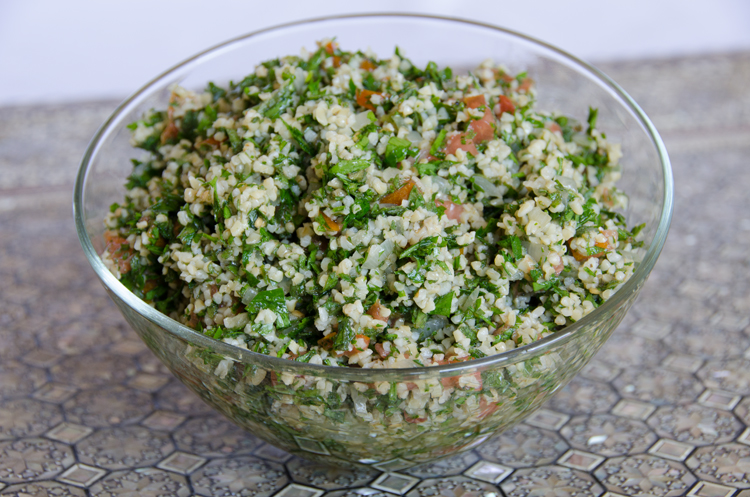 The writer Rafik Schami, one of the most acclaimed contemporary German writers, is an outstanding example of someone who has integrated into Germany yet has not given up his cultural identity. Schami has made Germany his home but the main topic of his writing has always been Syria. He describes himself as a German writer with Arab roots. Schami declares that his favorite dish is the parsley salad Tabbouleh, which reminds him of his childhood in Damascus.

Several of Schami’s books, including Damascus: Taste of a City, have been translated into English. Interlink Books, the US publisher of four of Schami’s books in English, is releasing another book this week that is a great way to the help the relief efforts for Syrian refugees. Soup for Syria is a fundraising cookbook campaign for the more than four million refugees in Lebanon, Jordan, Turkey, and Iraq where food supplies are running short.

In Soup for Syria, 80 celebrity chefs and cookbook authors, among them favorite authors of mine like Yotam Ottolenghi, Mark Bittman, Alice Waters, Paula Wolfert and Claudia Roden, have contributed soup recipes. After the production and printing costs are paid, all proceeds from Soup for Syria will be donated to help fund food relief for Syrian refuges by the Untied Nation’s UNHCR.

These are the thoughts going through my head while I am standing in my kitchen, in this peaceful, safe place, well-fed, and free. Supporting Soup for Syria is one small step to help Syrian refugees who are living in very difficult conditions.

It will be a long time until the refugees from Syria will be able to return to their country and rebuild their lives, and until Damascus will have the sweet taste again that Schami so beautifully describes in Damascus: Taste of a City.

One thought on “Leaving Syria for Germany, then and now”