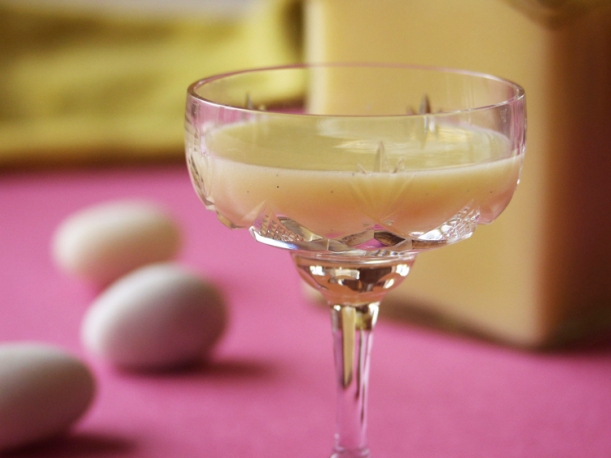 On my yearly visits to Germany I realize how the once familiar becomes unfamiliar, which often leads to funny situations. A few years ago I wanted to bake an American cheesecake. At the grocery store I paced up and down the cooler section several times looking for eggs and eventually asked a sales clerk. He stared at me, then walked me to a different part of the store with a shelf fully stocked with eggs. I stood there perplexed and it dawned on me that in Germany, unlike in the United States, eggs are often not refrigerated.

German food hygiene regulations allow eggs to be stored at standard room temperature for 18 days after laying. This is possible because eggs are only brushed clean after leaving the chicken coop, not washed like in the US, so the protective cuticle, or bloom, that the hen deposits on the egg remains in place. This layer acts as a barrier against bacteria. When eggs are washed, on the other hand, all or at least some of the cuticle is removed. 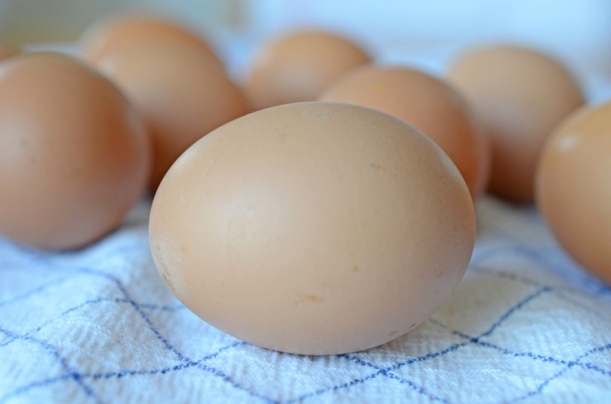 Easter in Germany is peak season for Eierlikör, known as Advocaat in English, a liqueur made with eggs. It was introduced by Eugen Verpoorten, a Belgian from Antwerp who set up production in the German town of Heinsberg near the Dutch-German border in 1876. More than two centuries earlier, the Portuguese and Dutch colonists had developed a taste for Aguacate, an avocado-based booze made by the Tupo Guarani tribes at the banks of the Amazon. When the Dutch were kicked out of what is today Brazil in 1654, they took the recipe for Aguacate with them but avocados would not grow in the European climate. 200 years of Aguacate abstinence followed until Verpoorten had the ingenious idea of replacing the avocados with eggs, which made the liqueur just as creamy and yellow as the original. The company’s recipe, which is a well-kept secret, has not changed since.

Verpoorten with its black-and-gold oval logo dominates not only the German but the world Advocaat market. In Germany, however, the liqueur was for the longest time associated with elderly ladies sipping it at their Kaffeeklatsch. Yet the brand succeeded in modernizing its image. The liqueur is as popular as ever today, enjoyed on its own, drizzled on ice-cream, or used to spike up cakes and desserts.

You can make Advocaat yourself; in fact, even in Germany, where you can buy it in every supermarket, some people prefer the homemade stuff.  There are two methods, using raw egg yolks, or processing them in a hot water bath. I find the water-bath method safer.

I never liked Advocaat when I was living in Germany – it was one of the things I only started craving after moving across the Atlantic. And good for me that avocados do not grow in Europe and forced Verpoorten to tweak the recipe because I am allergic to them!

1. Heat the heavy cream and the vanilla bean in a small saucepan. Remove from the heat and let steep for 30 minutes. Strain.

2. In a metal bowl, or in a double boiler, mix the egg yolks with the confectioners’ sugar. Add the strained cream and whisk until smooth.

3. Over gently boiling water, whisk until the mixture thickens, which will take 10 minutes or more. Make sure the mixture does not boil, or the eggs will curd. If that happens, you may still be able to save the batch by straining it through a fine sieve after adding the alcohol.

4. Remove from the heat and stir in the Everclear and rum. Whisk until cool and pour into a sterilized bottle. Refrigerate immediately and use within one week.

4 thoughts on “Where are the eggs, please?”