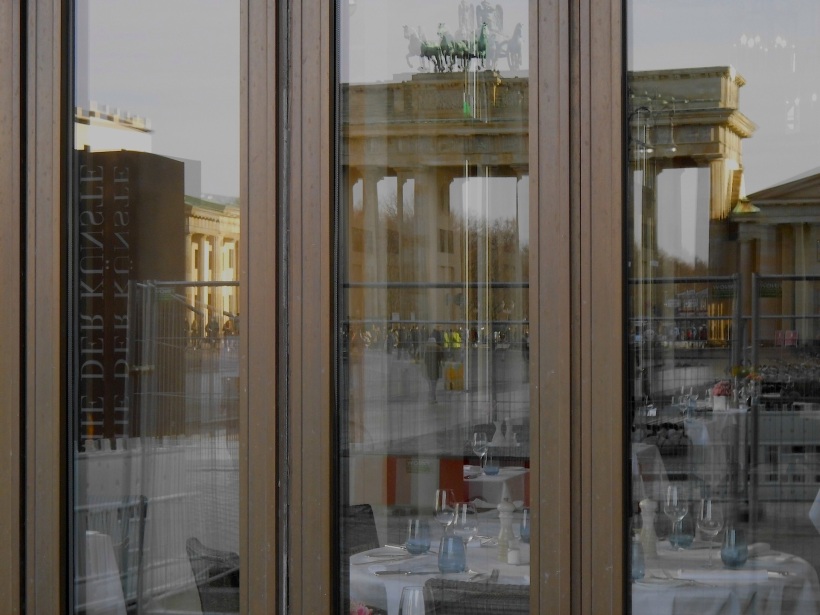 Last Saturday I woke up to snowfall. It was pretty to watch from my friends’ fifth-floor apartment in a quiet residential street in Berlin. Yet my mind was elsewhere. More than 80,000 refugees have arrived in Berlin, and I wondered how they managed in this weather. In the newspaper I had just read about a scuffle in front of a warming tent at a refugee camp, and about the controversy surrounding new temporary container housing for 7,000 refugees near the former Tempelhof Airport.

My visit to Germany this year is different from any other before. Refugees come up in almost every conversation. I knew from the news back home in the United States about the daunting task that Germany has in front of her. Now I got a few glimpses into this reality.

Beyond the loud political debates about border controls and refugee quotas, integration, segregation, culture clash and xenophobia, there are thousands of volunteers quietly assisting refugees in Germany. One initiative in the food area caught my attention: the Refugee Canteen in Hamburg.

Refugee Canteen wants to break the common pattern that refugees automatically end up in the lowliest restaurant kitchen jobs. The first phase of the project is the Refugee Academy, a 24-week training course where the participants learn the basics of the trade. The course consists in equal parts of theory and practice: a basic understanding of western hospitality and western cooking, culinary terminology, techniques and products such as meat cuts.

The second phase, yet to be determined whether it will be a pop-up or a permanent location, will be a canteen in Hamburg where refugees work and that will also serve traditional dishes from the home countries of the refugees. Not a restaurant in the conventional sense but a communal table – a canteen – where people from different cultures and civilizations share a meal together.

Refugee Canteen is one of 14 projects selected by Ankommer. Perspektive Deutschland. The stipend program supported by KfW Stiftung supports socially innovative ideas and projects that give refugees social and economic perspectives. For eight months, Refugee Canteen has access to coaching, specialist consulting and workspace at the Social Impact Lab in Hamburg. At the end, there will be a review and the three best projects will each be awarded start-up funding of 20,000 euros.

But right now, in its early stage, Refugee Canteen is fueled mainly by the enthusiasm and know-how of its two founders, Benjamin Juergens, a freelance consultant and project manager, and Lukas Halfmann, a trained chef. Both have more than a decade of experience in the restaurant business.

The curriculum of Refugee Academy will be adapted to the needs of restaurant owners, caterers and other industry players so that the refugees come out of the training Academy as competitive candidates for a job.

And there is indeed a shortage of restaurant staff in Germany. That’s why the German Hotel and Restaurant Association (DEHOGA) welcomes the Refugee Canteen idea. Of the 40,000 trainee jobs in Germany’s hospitality industry, only about half were filled last year. And many trainees quit because of the hard work and long hours. “In rural areas, the situation is especially difficult. Restaurants close because they cannot find a chef,” Benjamin said.

It was pure coincidence that I had listened to a radio program about Refugee Canteen the day before I went to Hamburg for a weekend. I was able to meet with Benjamin to ask him more about the program – for example, how the participants are selected.

A restaurant background is not required although it certainly helps, he told me. Motivation, however, is crucial for a refugee to be accepted in the program. “Many women are fabulous cooks of their country’s traditional dishes without any formal culinary training. I think attracting women to the program will be the biggest challenge.”

Also, the participants must have some stability in their immigration status. They must have lived in Germany for at least 15 months, have a resident permit, and be at least 25 years old.

Another burning question I had was about cooking with alcohol and pork in a program geared primarily towards refugees from Muslim countries. “Pork and wine are part of western cuisine and as such will be included in the program,” Benjamin said. “See, I look at it the same way as I look at my aversion to innards. I could never eat chicken hearts but as a cook I need to know how to prepare them for others.”

Refugee Canteen will hold a prototype 3-day course in April, and the training program will start next July with 12 to 15 participants.